Morocco, Kingdom of the horse

The horse is strongly linked to the history of the Moroccans, who came from Berber and Arab riding peoples.

The first horse breed in the history of North Africa is the Barb or Berber horse. The Arabs then arrived with their own breed: the Arabian horses. Courageous companions of warriors, Barb, and Arab horses fought side by side and made the unshakeable strength of the Moroccan cavalry. The Arab-Barb was then born from the meeting of these first two breeds.

Both Barb and Arabian horses adapt to their natural environment, which is harsh and where food is poor. They are generous, resistant and enduring horses.

A special status given to the horse by Islam

It is the extraordinary animal par excellence, created after all animals. It invokes the sacred and imposes respect. Its very creation is a source of wonder since it was Al Bouraq, the horse brought by Gabriel, who carried the Prophet Mohammed during his night journey.

The kings of Morocco, coming from a Muslim and warrior tradition, have always been very much linked to the horse.

The rulers were keen to propel Morocco on the international horse scene, in horse races, equestrian sports, and model and paces competitions. They give a special place to the Tbourida, a tradition dear to the Moroccan people for generations and ensure its influence.

The royal family is at the forefront of the most prestigious events and structures in the world of horses.

The horse has a special place in the hearts of Moroccans. Indispensable for some, ornament, object of leisure, passion for others, the horse has remained popular for the entire Moroccan population.

It is associated with festivals and ceremonies: circumcision of children, weddings, moussems, Tbouridas. It represents for people a way of transitioning from the everyday to the sacred.

Over time, Moroccans have managed to maintain and develop their attachment to the horse. It is through the Tbourida that their affection for the horse first manifested itself. Very quickly, they became passionate about horse racing and vibrated to the rhythm of equestrian sports. Today, they marvel at the arts of dressage and aerobatics. 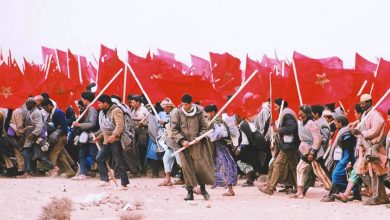 Morocco’s historic Green March: What was so amazing about it?